As a graduate student, the study of human behavior spawned a lifelong passion. An extensive, pervasive examination and study into the success factors of life was his calling. The past fifty plus years provided unique, exceptionally broad-based personal experiences. Extensive research and countless interviews culminated in the discovery of five, common, foundational human traits that are embraced by successful individuals and companies.

Beginning as a high school guidance counselor and basketball coach, he realized early success when his teams lost only six games over a four-year stint. He felt that the mental conditioning and preparation he taught his players was the primary contributing factor to their success.

Later serving as a senior vice-president to one of America’s largest real estate corporations, he gained insights into the inner workings of corporate finance.

As an elected official in Florida, he developed a strong sense of community and patriotism. Having been appointed to the Board of Trustees of a large state university, he served as Chairman of Student and Academic Affairs. There he initiated new and innovative curriculum that enhanced the educational experience of many students. Most recently he served as an adjunct Professor of Entrepreneurship at one of America’s most foremost business universities. Recently, lecturing throughout China has provided him with additional enhanced insights into the complex arena of personal achievement.

Named as one of Florida Atlantic University’s College of Education’s top 50 all-time graduates, Armand will forever be a teacher. Always intrigued by the psychology of personal performance, he has delivered over 1,500 seminars worldwide on the subject of human achievement.

Committed to continually impacting the lives of his students, he has often posed the question, “What is it that makes some people so successful in life, while others are not?”

Armand attended Kent State University, Florida Atlantic University, and Harvard University. Although he has earned B.A., M.Ed. and MBA degrees, he continues to advance the concept that life experiences remain the greatest teacher. He is the father of two sons, Michael and Mark. He and his wife, Gina, have been married for 33 years. 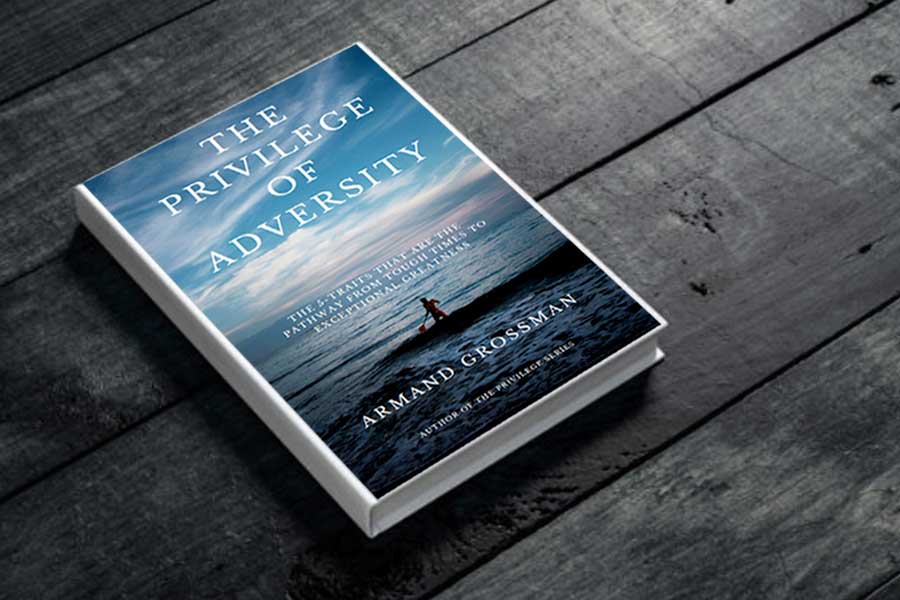 “The Privilege of Adversity”

It has been well established that Adversity is a common human experience in life. Some hardships are significantly more challenging than others but it is inevitable that everyone will encounter those life experiences.

The good news, however, is that our research shows that adversity can serve as a life enhancement has often served as the foundational springboard for greatness. In the words of C.L Lewis “Hardships often prepare ordinary people for an extraordinary destiny.”

The book is an exceptional narrative of how individuals have grasped five behavior traits which served them to overcome profound adversity only to achieve exceptional personal success and how you can too.

PLEASE COMPLETE THE SHORT FORM BELOW AND YOU WILL BE PLACED ON OUR PRE-ORDER PRIORITY LIST AND RECEIVE A 30% DISCOUNT.